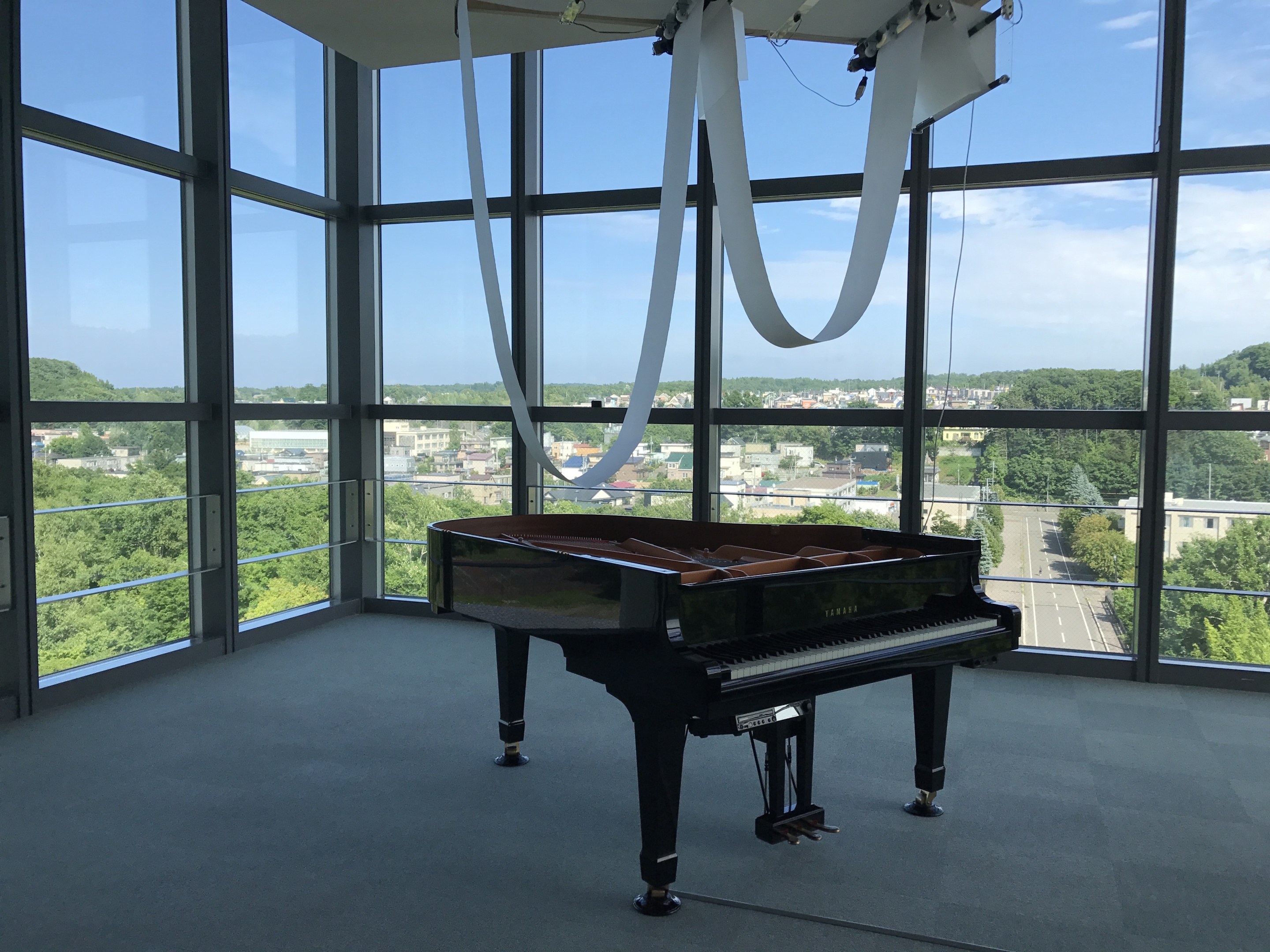 For her participation in the Sapporo International Art Festival 2017, Yuko Mohri took a trip to the north of Hokkaido from the sea of Ishikari. Travelling upstream from the estuary of the Ishikari River, she arrived at the small northern village, Otoineppu, where the sculptor Bikky Sunazawa’s last studio was located. During this trip, in a decayed coal mine town, she encountered disused buildings with roofs collapsed due to heavy snow, broken pieces of insulators from 100 years ago piled up in factory backyards, and a collapsed totem pole lying in Bikky’s studio.
3 years before his death, Bikky Sunazawa installed a work made from the trunks of four Red spruce trees at the Sapporo Art Park Museum beside the Skyway. Since Four Winds is made of wood, people were concerned that the work would be damaged over time and eventually collapse. To this, Bikky commented that the wooden sculpture would eventually return to nature just as a decayed tree would. He added that nature would apply “a chisel” to the work in the form of wind and snow. The museum respected this idea and has left the piece to decay naturally. Now, in fact, 3 out of 4 of the columns have collapsed and just one remains upright.
Encountering abandoned things in the old mining town, decayed yet still existing, left a vivid impression on Mohri’s mind and the idea for her work was born.
The Skyway of Sapporo City University, designed by Japanese architect Kiyoshi Seike, is a 140 meters dynamic piece of architecture connecting two buildings through a forest in the mountains. Making use of the character of the space, Mohri translates the state of things, weathered and faded by time and environment, and presents them as a soundscape. Viewers walk from one end of the Skyway towards the other, experiencing waves of sound in the form of feedback and electronic pulses, the sounds of bells and the glimpse of flickering street lights. They sense an increasing intensity created by the sound of two player pianos and the recitation of poetry. Visitors will perceive that the echoing sounds gradually tune and focus.
The title Breath or Echo was cited from On the Concept of History written by German philosopher Walter Benjamin in his last years. Resonating with the landscape surrounding it, the sound echoing in this space is alluding to the remaining echoes of the past.

You there, Wind
You are a beast with four heads and four legs
You are wild and violent and for that
Humans love the moments that come in your midst
These are called four seasons
Were it possible I would have you blow
The strongest of your winds
So, Wind, as you are
Four-headed and four-legged
I am thinking of sending you
Some lovely four-legged trousers
As a gift
And then, won’t you hold me tight, just once? 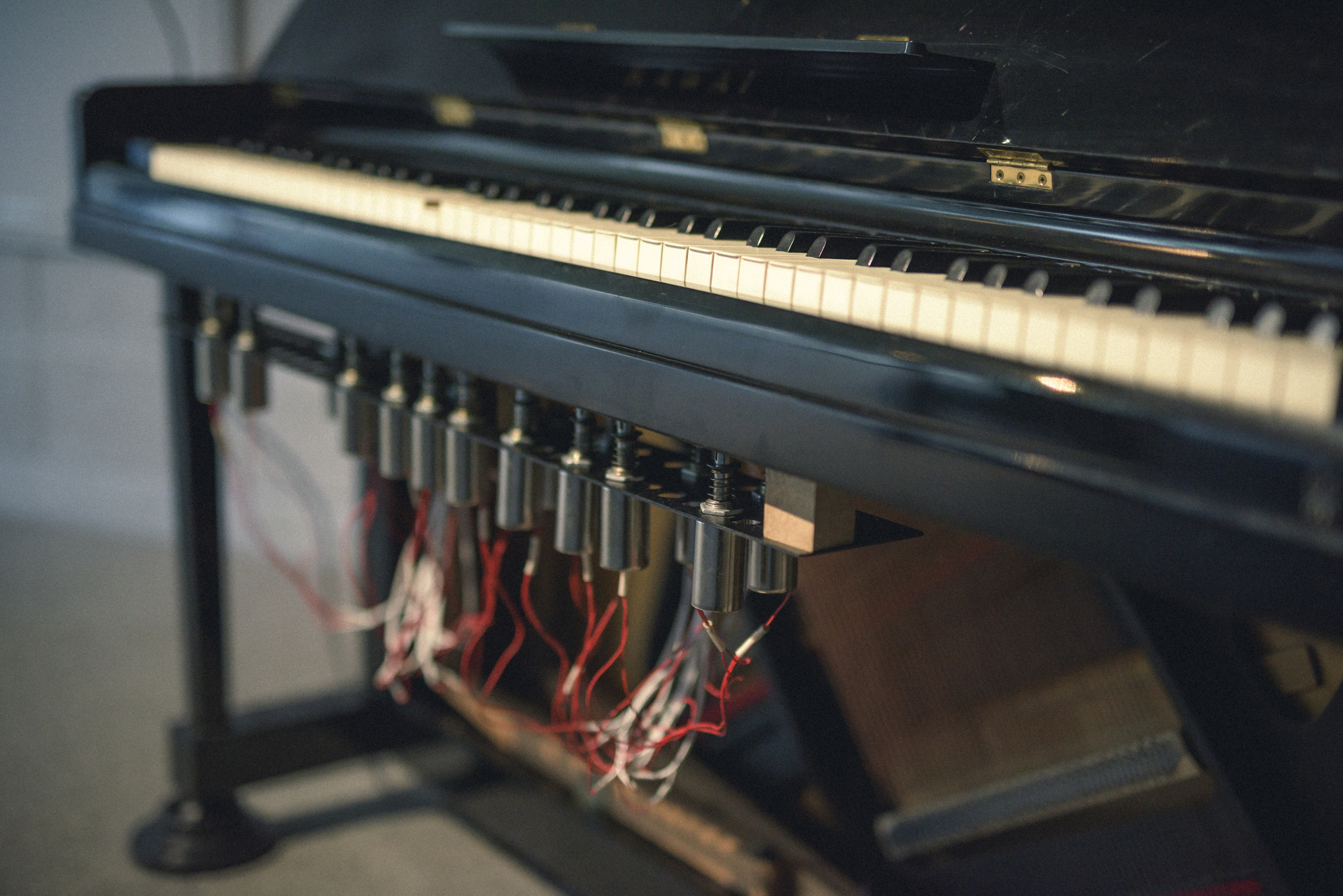 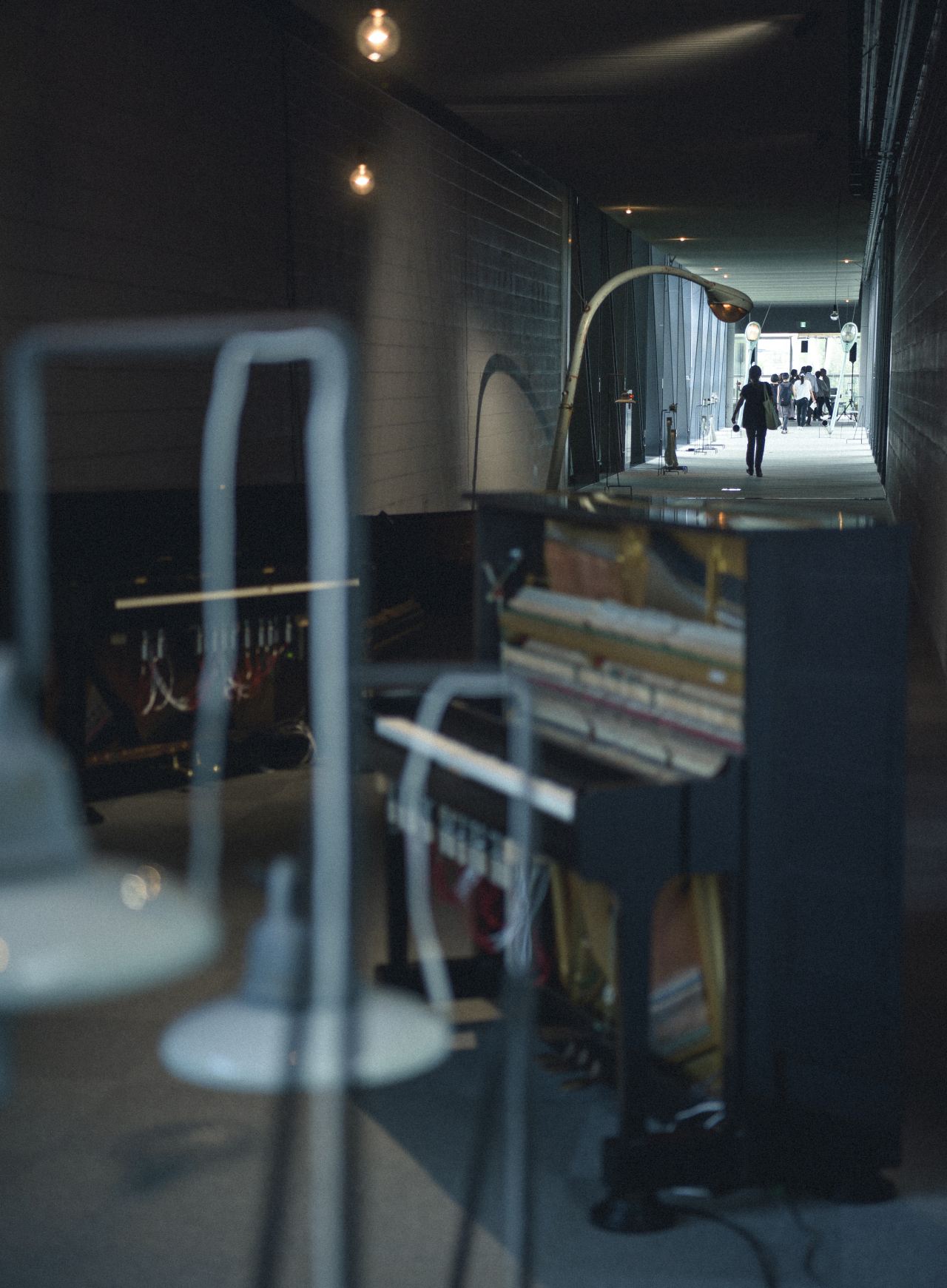 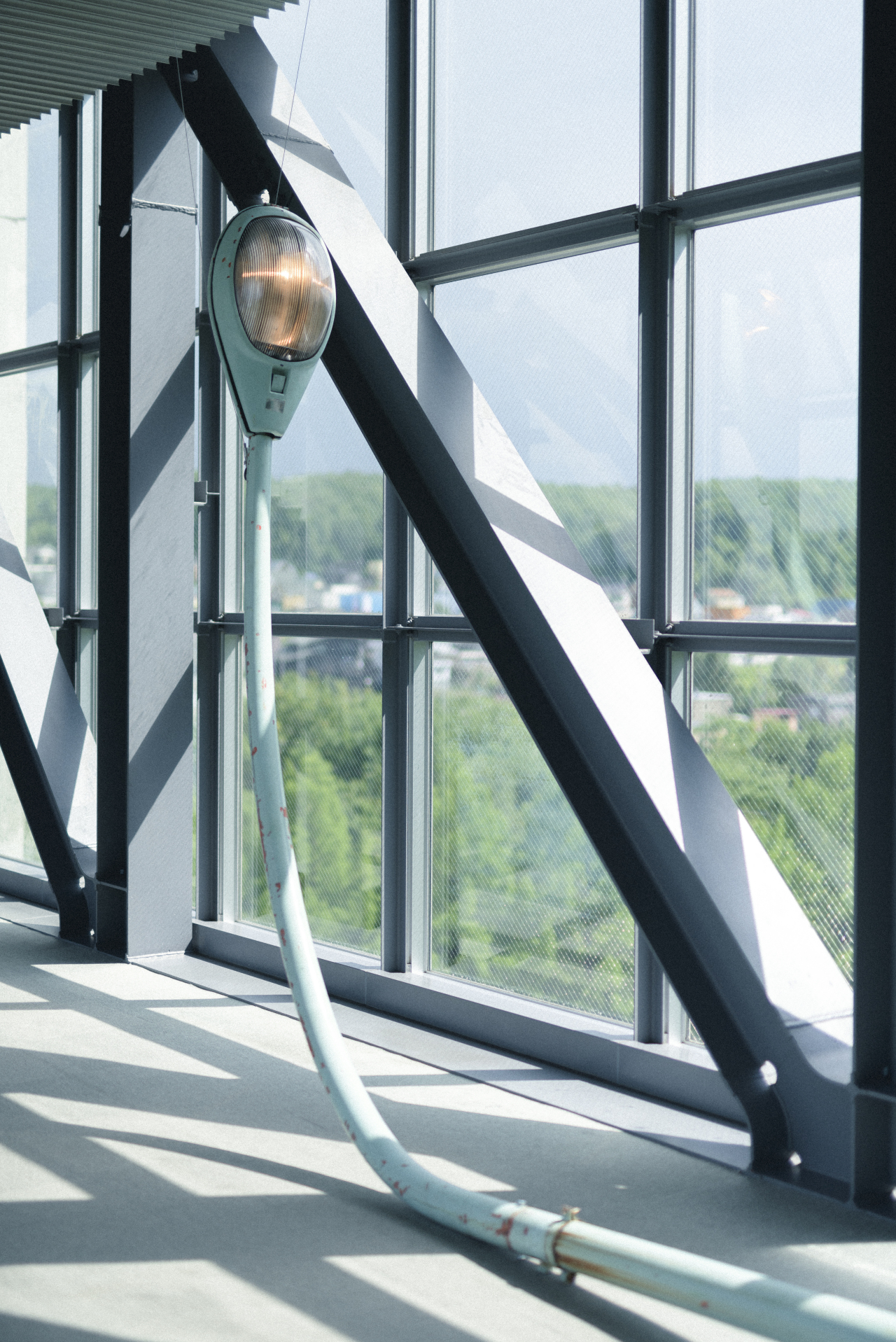