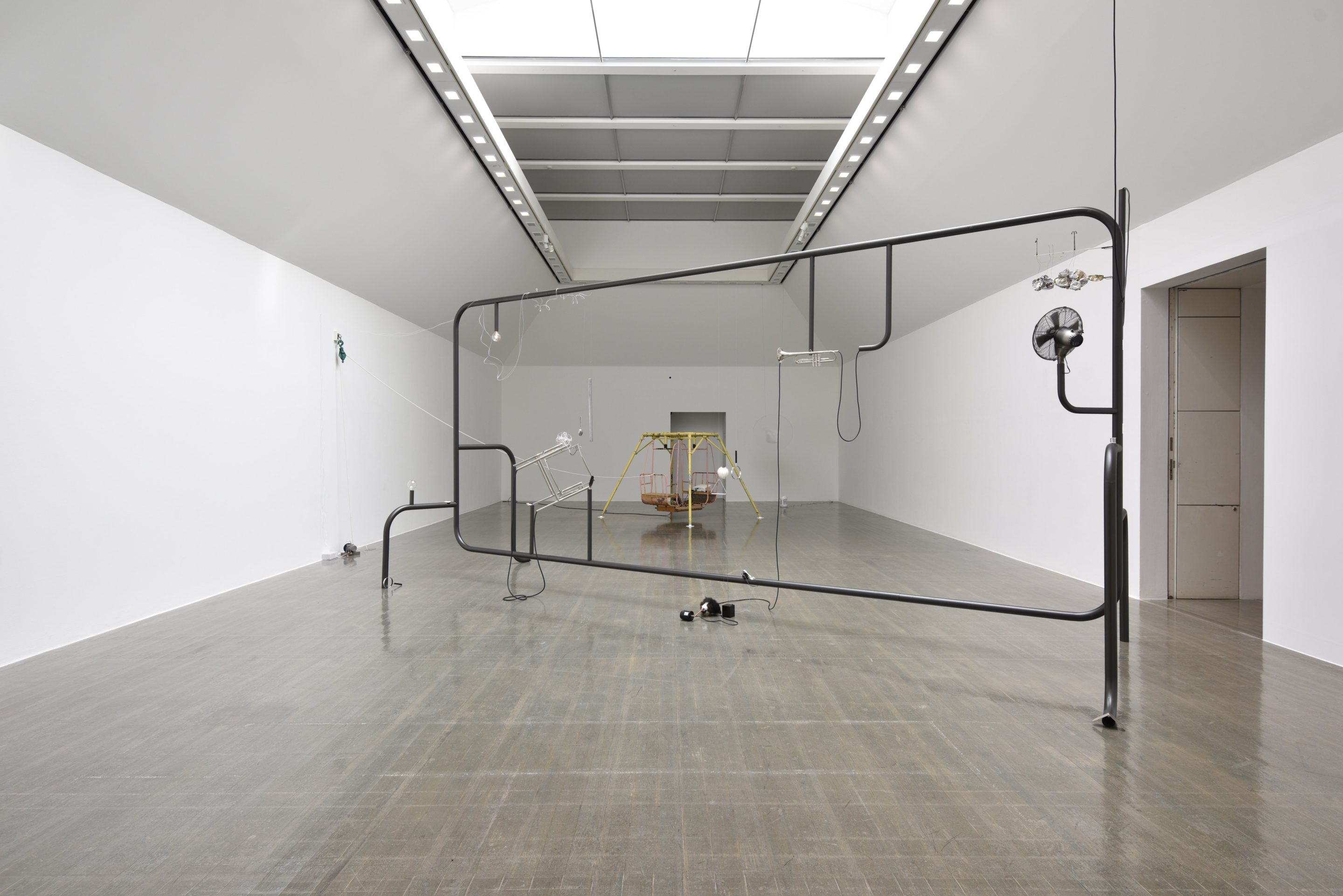 Untitled (pipe) is made with the pipes that are used widely in cities today. In the same way that water and electricity flow through pipes in our cities, this workʼs pipes also feature electrical wiring. In her previous work, Mohri would often deliberately expose cables, but here she places them inside the pipes as if to confer form on the invisible energy that is electricity through the medium of a hard physical object. Mohri is also making a reference to Sainte Marie de La Tourette, a Dominican Order priory by the architect Le Corbusier, whose design uses color-coded pipes to identify visually what is owing through them. While seemingly a standalone sculpture, Untitled (pipe) also produces movement by connecting to the ceiling and taking electricity from the building. Connoting independence, connection, and interlocking elements, this work expresses the relationship between the individual and others, or the individual and society.
The swing, which similarly uses pipes for its frame, is a motif that Mohri discovered in Cuba in 2018. Though a swing will always include hinges connecting the moving object with the support structure, Mohri took inspiration from Marcel Duchampʼs Door: 11, Rue Larrey, in which a door closes in one direction when opened in another, and approached the hinge as something “in between,” as an interstice through which one can cross between dimensions. Through practice with playground equipment, she expresses this new kind of field of vision.
Running through both of these pieces is the artistʼs interest in infrastructure. This can refer not only to industrial types of infrastructure like power grids and water and sewage systems, but also to the facilities that constitute the foundation of daily life such as parks and schools. Just as infrastructure forms the base of society through being simultaneously standalone and linked together, these two artworks would seem symbolically suggestive of the presence of hidden power as well as connection and interlocking elements. 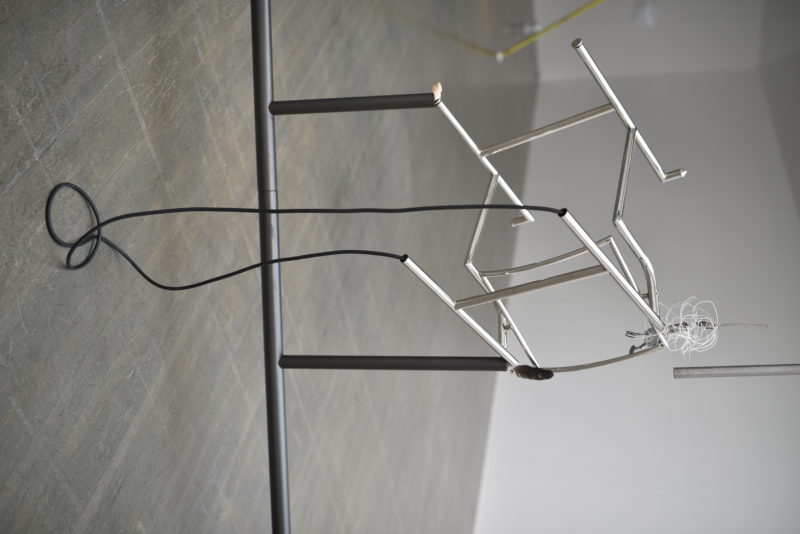 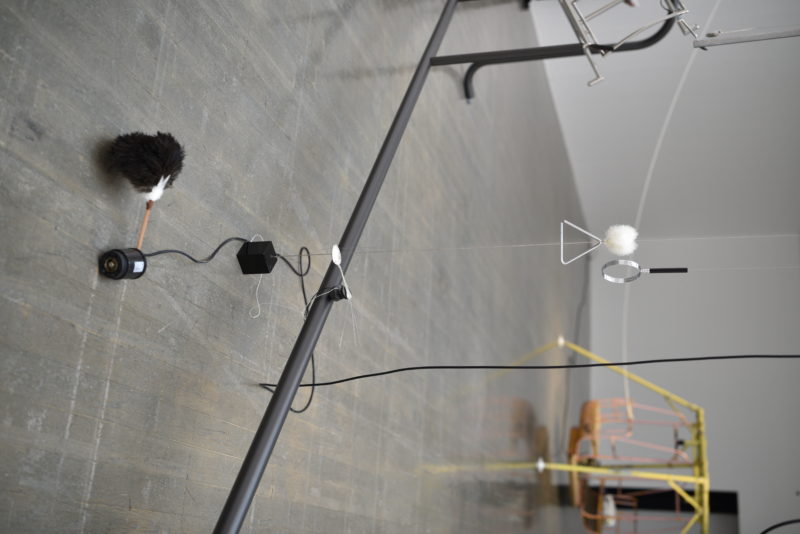 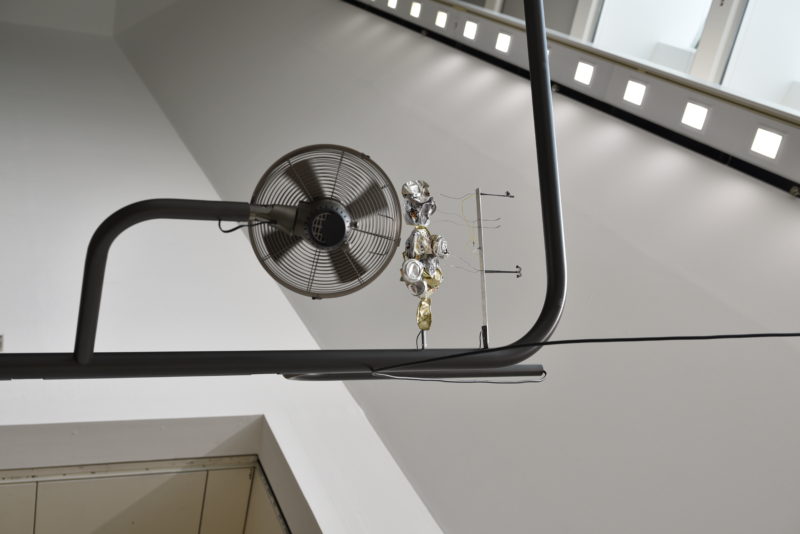 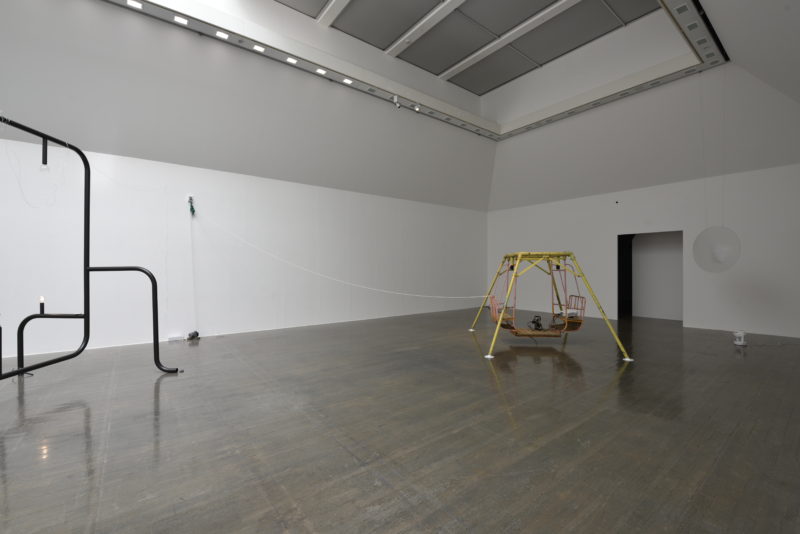 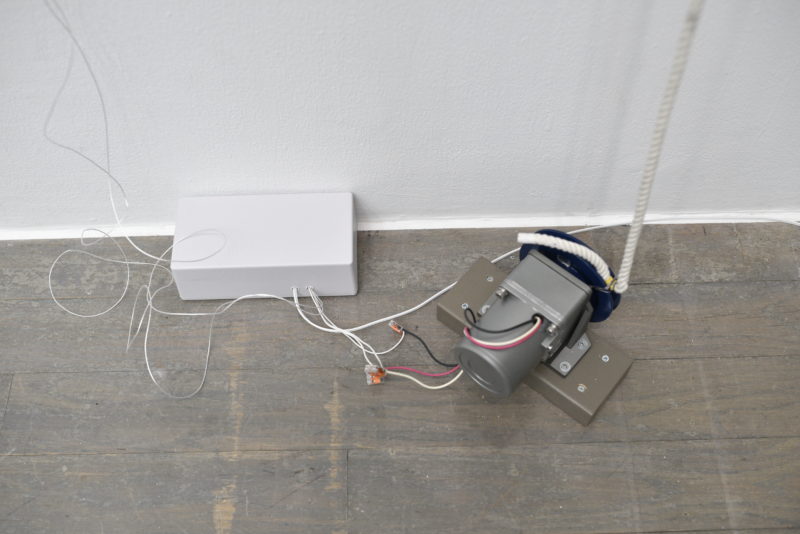 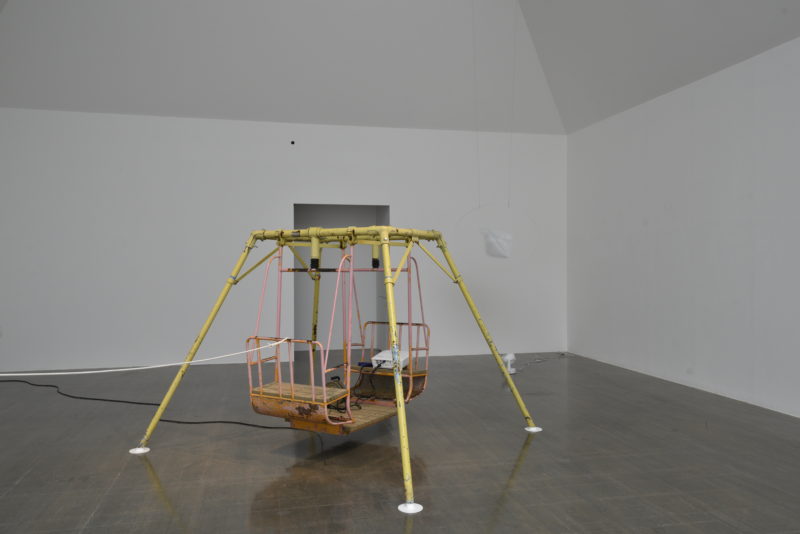 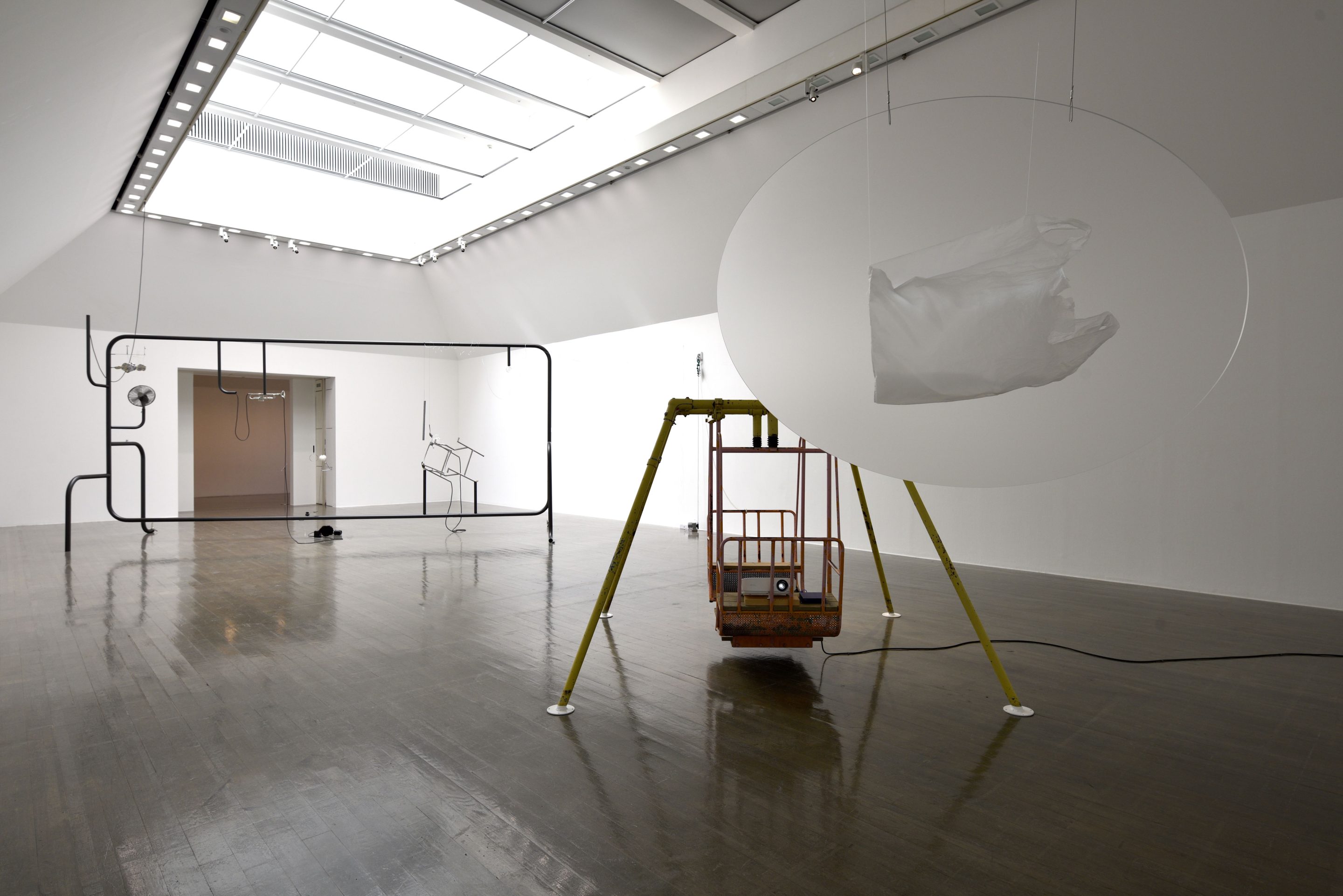 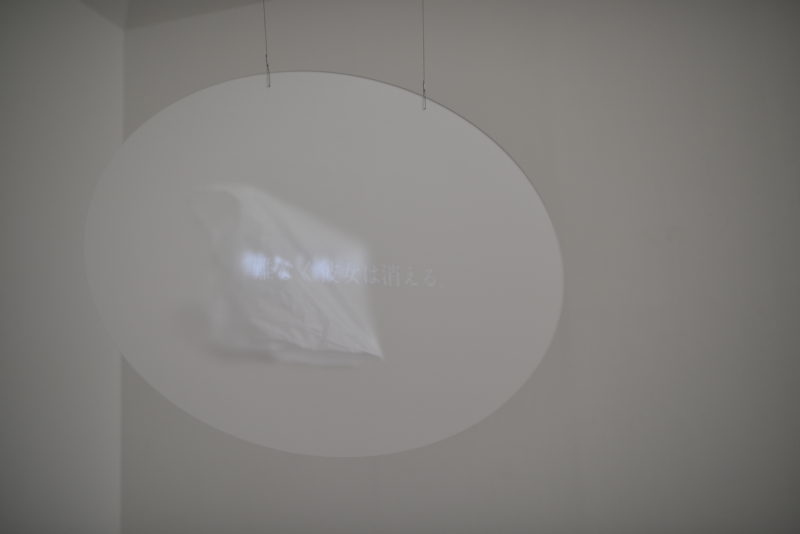 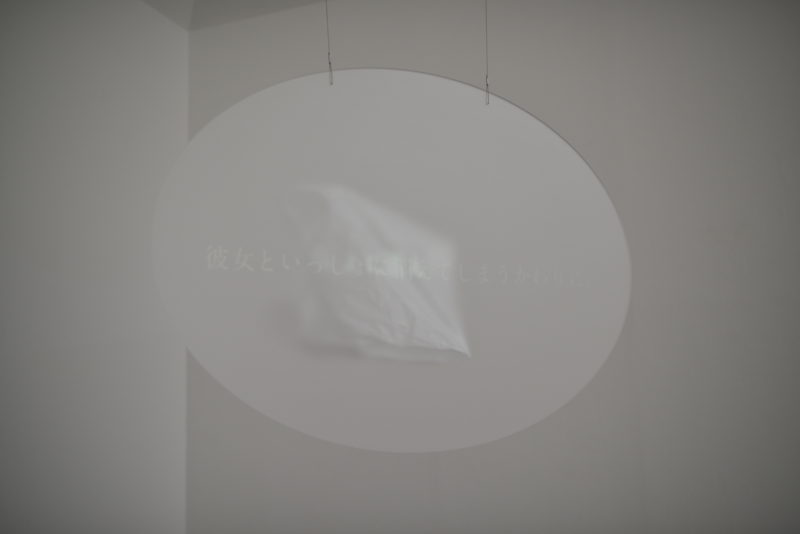 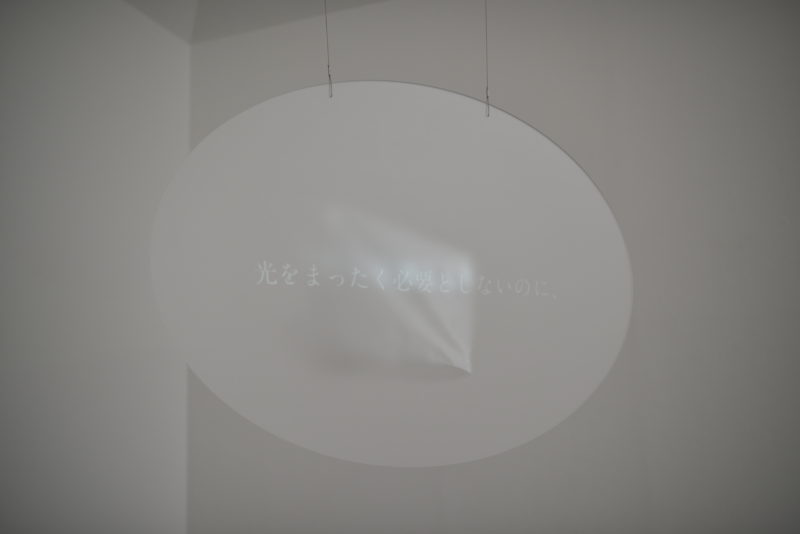