“Assume That There Is Friction and Resistance,” Photo: Kuniya Oyamada, 2018

In Japan, the act of tying ropes and cords into knots symbolizes the boundaries thus formed, as well as serving to ward off evil: the shimenawa, for instance, is a rope used to cordon off consecrated areas or as a talisman against evil. The series of Orochi (Serpent) , a coiled cable, receives the radio distributed in the area where the work is exhibited. The received sound is incessantly converted into magnetic force, in consequence, a suspended magnet is wavering by the invisible energy. 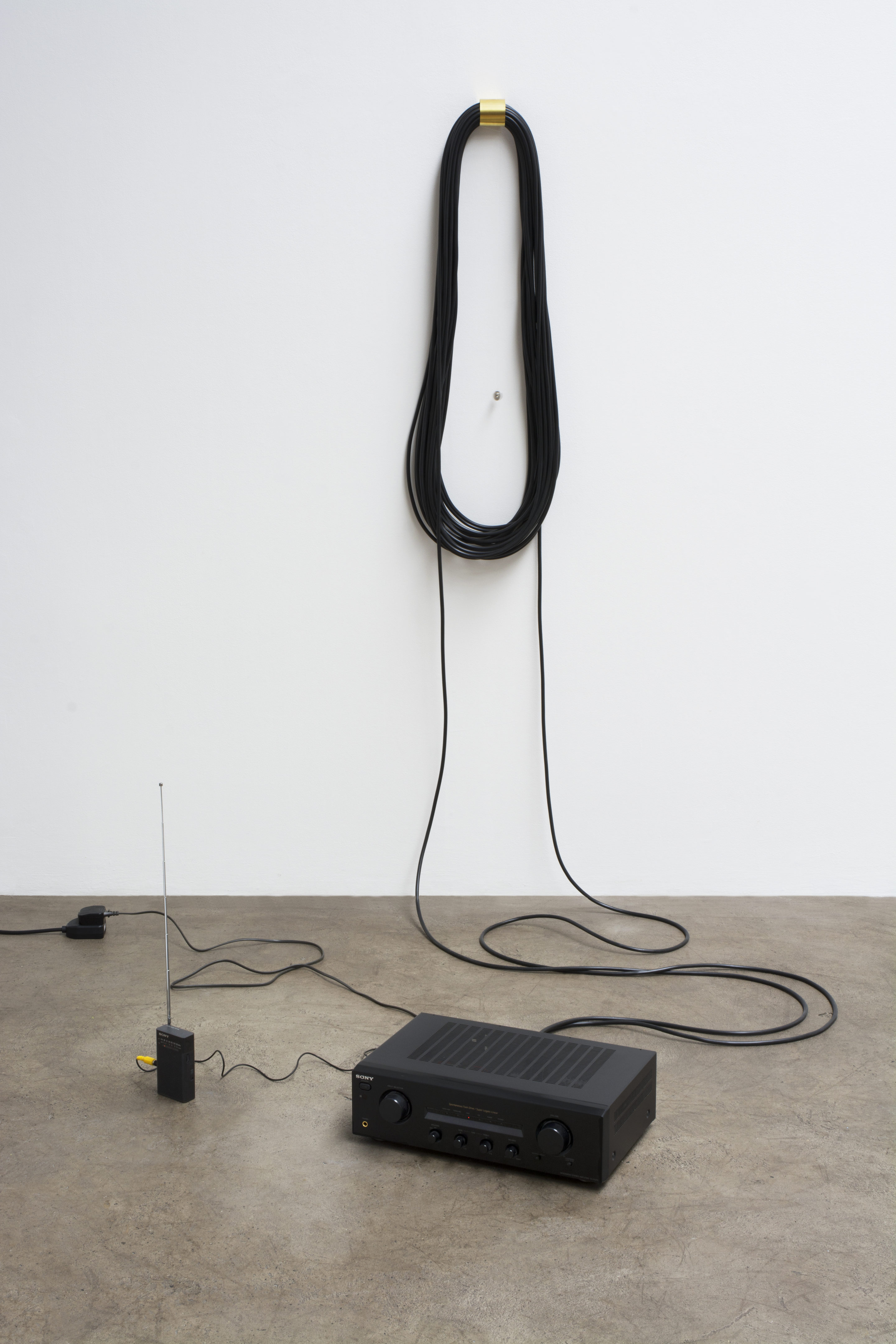 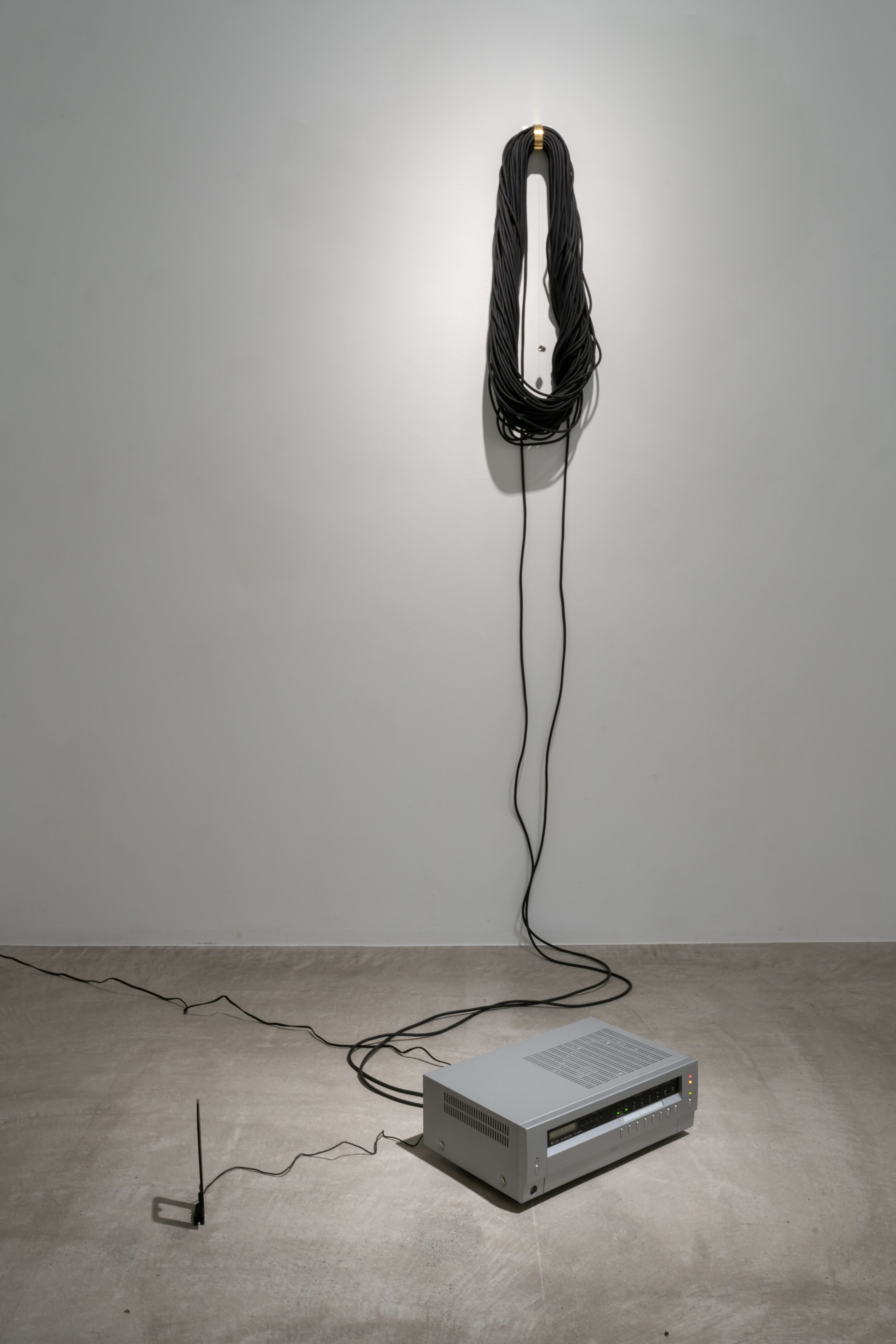 The title of this exhibition, “Orochi” comes from the artist’s recent passion for materials like strings and cords. They can be found in our ordinary lives; strings are components of our clothes, cords are connected to home appliances, and ropes are used to pack things into one. Ever since Mohri began to wonder if inseparable relationships, or “connections” that are established deep within human nature, are caused by a form of invisible energy, just like gravity or magnetic force, she became interested in the meaning of materials.

“A while ago, I visited a company for electronic communication equipments and saw this grotesque object hanging from the ceiling as if it were a giant snake or a skeleton of a dinosaur. Seeing it up close, I realized it was a bundle of red, blue, and yellow electric cords. The employees at this workplace called this monster, ‘orochi,’ which means ‘giant serpent.’” —The Enigma of Knot, Iwao Nukata

I’ve always showed the electric wires in my works too and that’s because I wanted the viewers to feel the invisible energy of the connection between the objects by showing the materials as they are.