Mohri holds a shotgun microphone that connects to a MIDI piano. Various sounds generated in surroundings, in her or others mouvement, are gathered through the microphone and converted into a play of piano. The MIDI piano mentioned above was programmed to respond to sounds nearby, but rather than simply picking up the pitch of sounds, it apparently picked up sound spectrums. The rolling of a small object would be followed by a clear single-note melody, while a rubbing sound would result in several keys sounding o at once, as if responding to a lush overtone.
The photo was taken in august, 2020, at the moment of a session performance with Akio Suzuki, sound artist, held in the Ginza Sony Park, Tokyo, under the circonstance of Covid-19. The work continues to be evolved, performed and will also be issued as a video work. 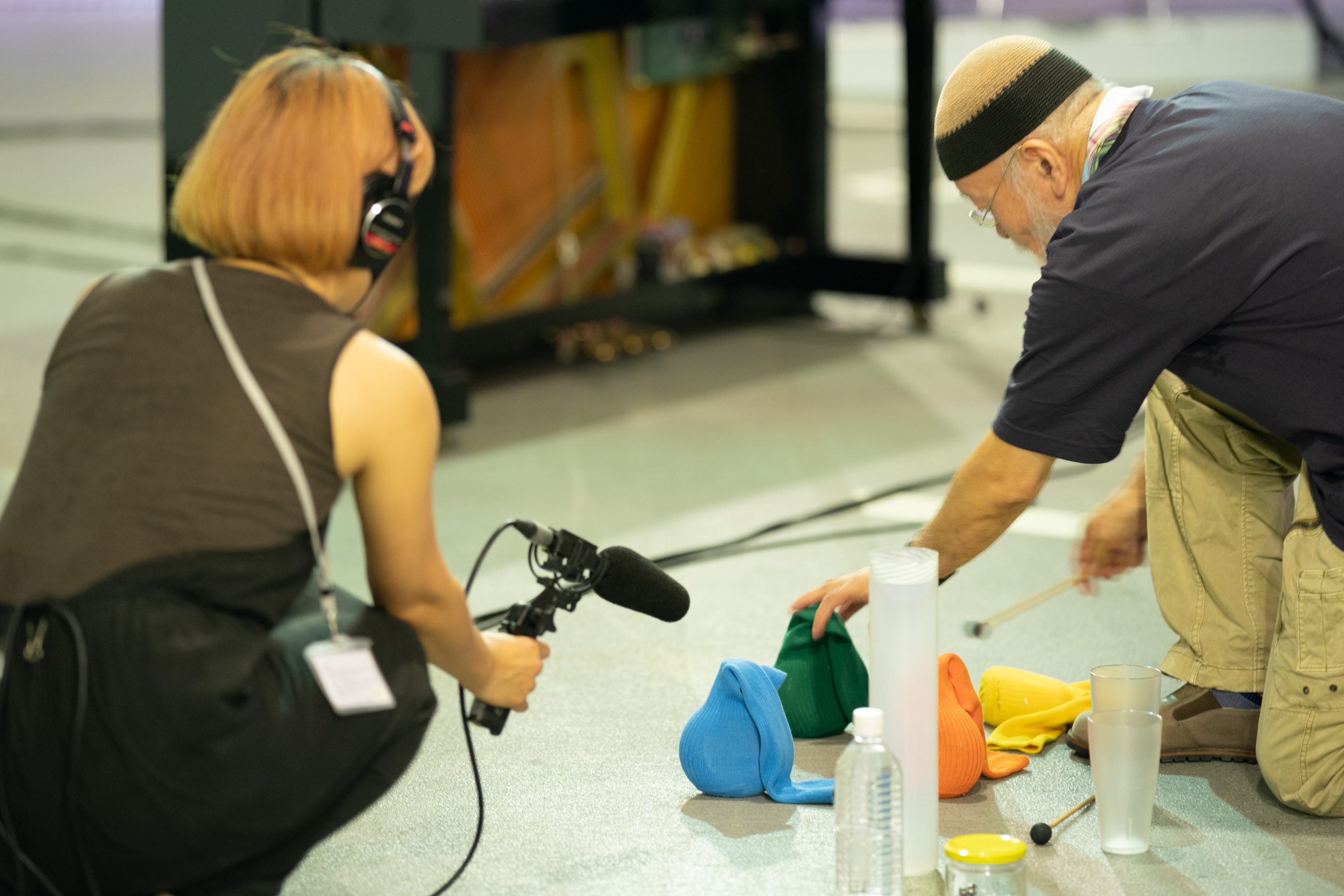